The Woman Who Won’t Vote for Kevin De León 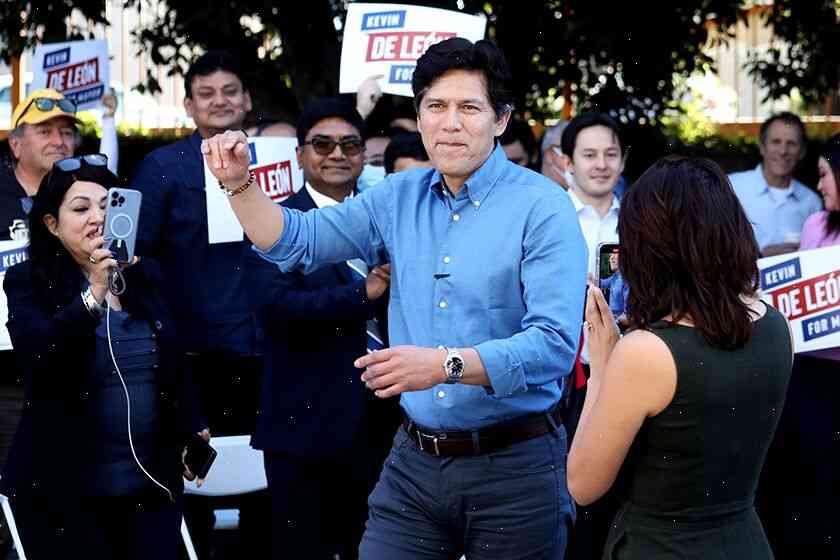 LOS ANGELES — Kevin de León is fighting to keep his seat — and his job — in spite of the fact that L.A.’s elected officials and residents have been openly flackering him for months.

De León is a former county supervisor for Los Angeles County, elected to a seat he’s held since 1992. He’s also the former mayor of the city of Bell, the chief executive of the Los Angeles Department of Water and Power, a former member of the California State Assembly and a four-term member of the Board of Supervisors. He’s a lawyer, and he’s an ex-mayor and former city council member.

When he was elected in 1992, he was one of the youngest city supervisors in the country. And in the past nine months, he’s been described alternately as a bully and a bully-boy. Last Friday he was asked about his record and his future at a candidates forum convened by The Times, which has been covering his campaign for L.A. County Supervisor.

The story that followed, in fact, wasn’t even about him. It was about a woman who won’t even vote for him.

The woman wasn’t going to vote for de León.

She was going to vote for L.A. Mayor Antonio Villaraigosa.

And she’s not just voting for Villaraigosa. She’s voting for a slate of candidates who are also running to become L.A.’s next three supervisors: Councilman Kevin Faulconer, former Mayor Antonio Villaraigosa and Councilman Mike Bonin.

This is a historic moment in the city of Los Angeles.