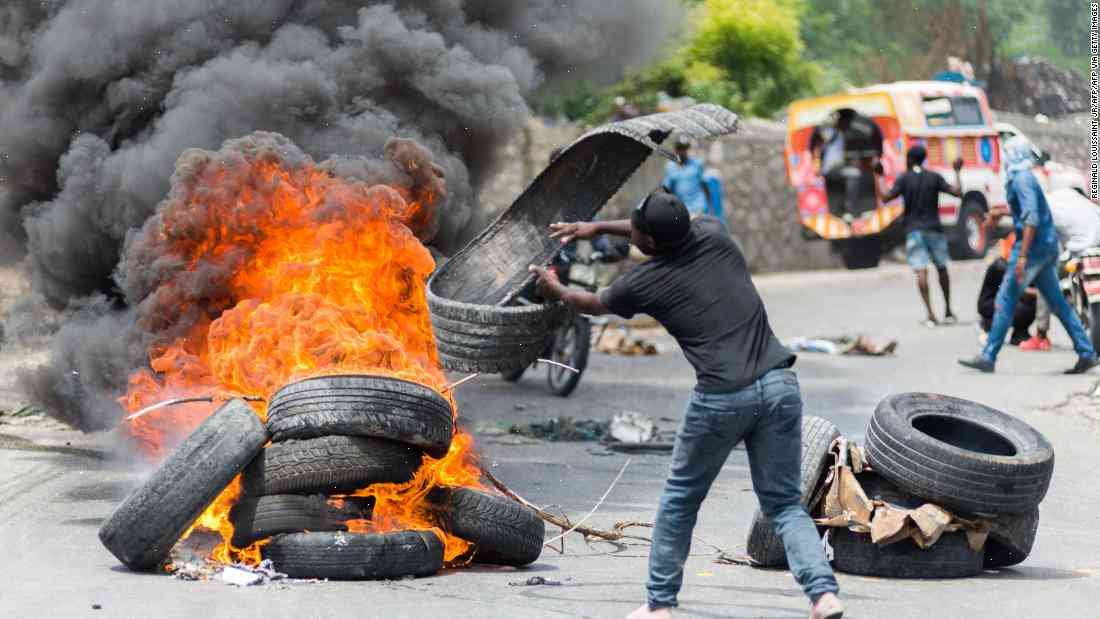 The death of an opposition party leader in Haiti is sparking fears of a wave of violence against politicians.

Nicole Belloubet, 39, was shot dead by unknown gunmen as she was leaving a meeting of the opposition party Alliance des progressistes, the Associated Press reports.

The party’s leader, Jean-Francois Denoix, was among several people wounded in attack, according to reports.

Police in Port-au-Prince arrested one suspect, according to AFP.

“Police said the man was in an apartment with other people when the shooting began,” AP reports.

“Police found gun shots, knives and other weapons when they went there,” the broadcaster reports.

The opposition party has accused the ruling class for failing to stop the violence spreading across the Caribbean nations, where a decade of post-earthquake reconstruction projects have led to the emergence of some of the most violent gangs in the world.

The party has called for international intervention in the violence, and has appealed for help from France, where ex-communist leader Jean-Marie Le Pen is running for president.

“We need solidarity and intervention from the international community to stop this wave of violence against the Haitian people,” the party said in a statement.

A coalition of former communists and their followers has declared war on Haiti’s security forces and the political elite in the country.

The gangs – many of whom are linked to the local mafia – have been active since 2010, when the government began demolishing former sugarcane plantations, a traditional economic base for the country’s impoverished people.

As a result, the poverty caused by one of the worst financial crises in the world prompted rampant crime and political violence in the country’s impoverished central coast, known as the “poverty belt.”

The US, UK, Russia and the European Union have all demanded