Nigerians are urged to stay at home 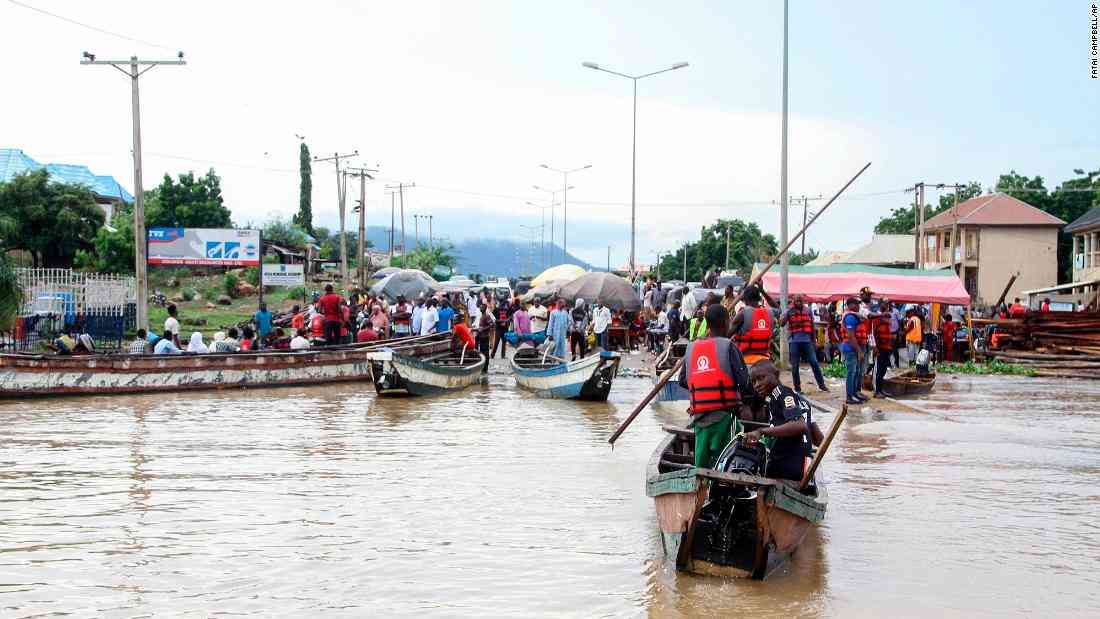 Hundreds killed in Nigeria floods, more than 1.4 million displaced; at least 10,000 dead as fighting rages in the capital, Abuja

The United Nations estimates the floods killed at least 10,000 people in Nigeria, with three million living in desperate need of aid including food, clean water and shelter.

It is the worst natural disaster to hit the country since a series of floods that devastated the south-western town of Benue in 2010.

Fierce fighting erupted in the capital Abuja between soldiers and al-Qaida fighters, who have been blamed for much of the fighting in and around the capital.

Roughly a third of Nigeria’s population of more than 160 million are already in need of aid.

A UN spokesman has said about a quarter of the country is suffering food and medical shortages.

The death toll rose as the situation became more chaotic.

The BBC’s Jonny Dymond says the number of people killed during the floods has risen dramatically, with authorities saying some villages have been wiped completely clean out.

One of the largest rivers, the Chibok River, broke its banks over 40 miles (64km) away. Rivers continue to swell on other parts of the country.

Fierce fighting has erupted in and around the capital Abuja, between residents, soldiers and members of al-Qaida group Boko Haram.

Earlier on Thursday, the government called on residents to help save their lives by staying at home.

Families in the northern city of Kano were urged to stay in their homes.

“Go to your homes. Stay indoors. Go to your homes until this situation is under control,” the president of the Northern states, Yakubu Dogrib, said on television.

Mr Dogrib has also appealed for help from abroad.

“We are appealing to all