Jundao Revolution video shows a man standing with his arms out 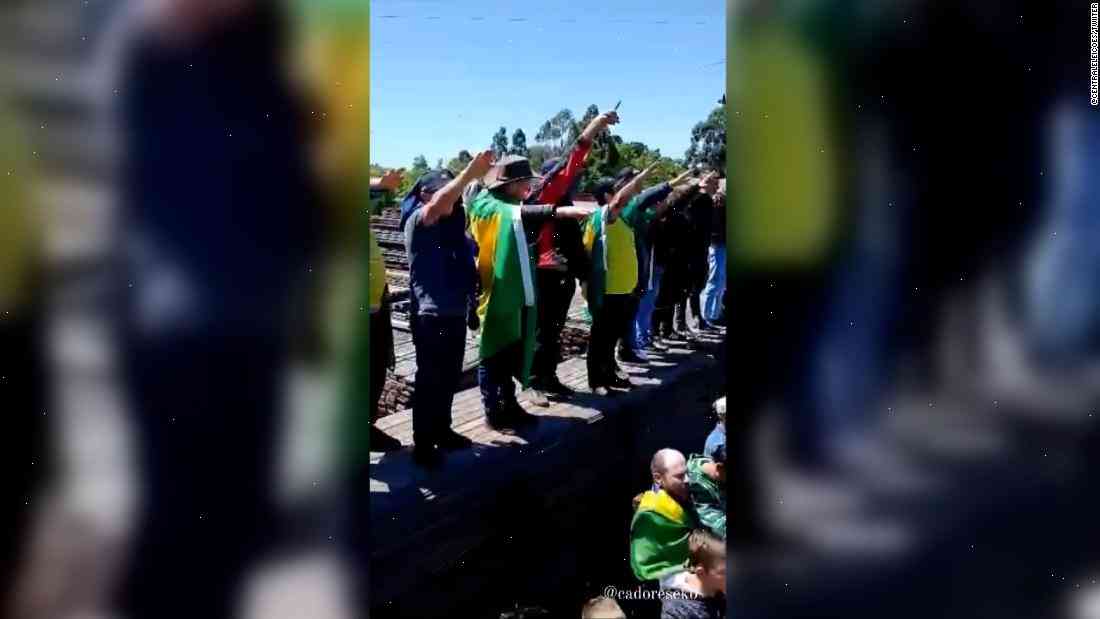 The video, which shows a large number of people from a group called the Jundao Revolution standing in an apparent Nazi salute, has sparked outrage in the country and drawn condemnation from German Chancellor Angela Merkel and the Jewish community in Brazil.

In the video, a group of people can be heard chanting “We are the revolution! We will have a revolution!” as a man wearing a white skullcap and a black coat with a swastika on it can be seen standing with his arms out.

A number are also seen holding weapons in various locations. The video has sparked controversy.

Authorities will investigate the incident but they have not yet commented on the matter. The group, which is a neo-Nazi group calling for a revolution, has been banned in Brazil and they have not been seen since.

“We are shocked,” Lautaro Marquez, a member of the movement, told Agen Press. “We did not intend to offend anyone. We did not think the video would be taken by anyone, especially by the press.”

Marquez said the group was protesting government policies, particularly the increasing violence towards people of color.

“We oppose violence and racism. We condemn the government’s policies. They are against Brazilians,” he said.

According to Brazilian police reports, there were no arrests and no charges have been filed against anyone in the video.

The group formed in 2012 and claims to have at least 2,500 members, according to Marquez.

German Chancellor Angela Merkel condemned the incident. “I am deeply shocked and appalled at the footage,” she wrote on Twitter. “The people involved in the video are absolutely not representative of the German people,” she continued. “Whoever the person was wearing the white skull-cap is totally unacceptable.”

The anti-government movement has grown since 2014, when the government said it would take action against the movement, and has grown more radical since then, according to Marquez.